What if you needed to gain weight in a hurry and didn't care about your welfare, quality of life, or long-term health? You might sit on the couch and eat nothing but honeybuns for weeks.  That would surely work!  But what would that do to your physical and emotional wellbeing?

The conventional beef industry has learned that processing animals more quickly (slaughtering earlier in life) is more economical.  But that only works if an animal has gained enough pounds of weight to sell.  What's the answer?   Less moving around and consuming more unhealthy calories, of course.

Although the bovine species evolved to eat grass (and "forbs" — wide-leafed plants such as clover, that aren't grasses), when an animal is taken to be finished, or "fed out" at a "feed lot," it's not economical to allow them to roam free in a pasture and fatten on grass — this would take way too long and use too much land.  Instead, they’re restricted to a single pen, and fed grain, such as corn, barley, and soybeans, to fatten quickly and put on enough weight to be sold for a nice profit.  Sometimes the grain can come from as far away as South America.  Seems odd it could come from that far away, but I guess, somehow, it's economical for someone along the way.

Of course, as with your couched honeybun diet, this is not a happy, healthy situation for the animal.  Cattle finished in feedlots are routinely fed low doses of antibiotics to help counteract some of the resulting problems.  In fact, most of the livers from such animals are condemned, due to their ill health.  But, hey, no worries — longevity isn’t the goal here.

Sorry to sound so sad/morbid/unpleasant here, but it's important to recognize the difference here, because I want you to understand why we charge more for the meat we produce.

Again, all cows eat grass.  It's the last 6 or so months of an animal's life that she eats grain, being "finished" (gaining enough weight to sell), so she can be slaughtered at around 16 to 18 months of age.  Lick Skillet doesn't feed that grain, so our animals stay healthy until their last day of life, eating a wide smorgasbord of grasses, legumes, and other forbs, such as chicory, dock, and lambsquarters, as they move through new pastures each day.  This means they don't gain that extra layer of fat quickly, and we'll have animals on the farm for two years or more before they are fat enough to be "finished" and have enough marbling for flavor and healthier meat.  I like to describe our animals not as “grass-fed” but as “forage-finished,” because “forage” best describes how they make their own diet choices from a wide range of healthy plants.

Keeping them longer means we don't have as much production/turnaround as a feedlot would, and that, along with several other conditions I haven't mentioned, is the reason conventionally produced meat is so much cheaper at your grocery store.  It's sorta like why an item produced in a sweatshop is cheaper than if handmade by a craftsman who took the time and pride in his work to produce one of real quality (with added consideration of the item’s welfare).

One last note on this topic:  many places offer "grass-fed" meat, so they can charge more, when in fact, though they fed no grain, keeping animals on pasture, they slaughtered somewhere around 16-18 months, to enjoy that quick turnaround I mentioned.  Unfortunately, this produces tough, less desirable meat without marbling, and gives that ostensibly "grass-fed" product a bad reputation as being tougher and less tasty than conventionally produced meat.  Again, it's a matter of economics.

Just not injecting hormones means we can lose around 100 pounds of gain on each animal that the conventional industry enjoys.  If you choose to eat meat, seems to me it's just responsible behaviour to pay more for us to grow your food using more time, more effort, more land and resources, and humane and compassionate care, respecting an animal's right as a sentient being to exercise, play, socialize, and be healthy all its life.  It costs us much more to do this, so we need you to participate by sharing in those costs.

What Our Pigs Eat and Why 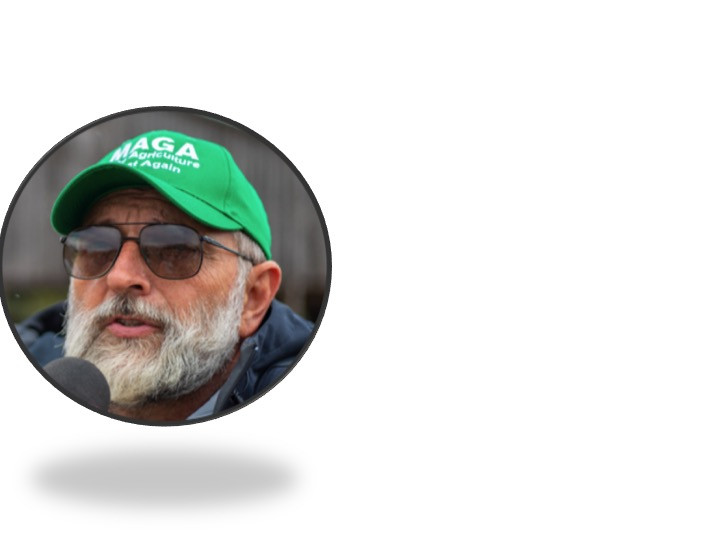